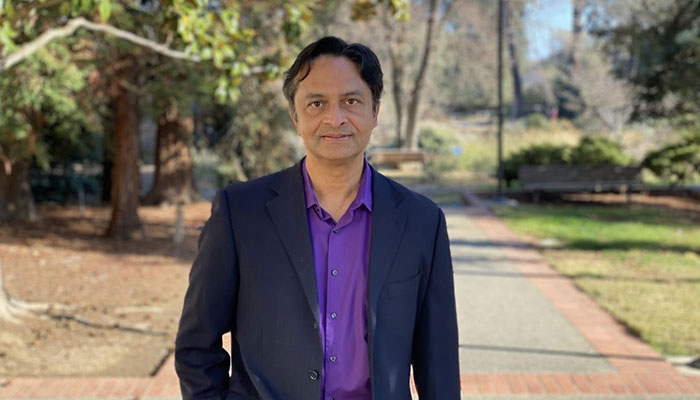 February 10, 2022 The University of California, Davis, Office of Research is pleased to announce the appointment of Saif Islam, a professor in the Department of Electrical and Computer Engineering, as the new director of the Center for Information Technology Research in the Interest of Society (CITRIS) at UC Davis, effective January 3, 2022, for a five year term.

CITRIS is a four-campus institute comprising the Berkeley, Davis, Merced and Santa Cruz campuses of the University of California. CITRIS at UC Davis leverages the strength and expertise of the research community in engineering, nanoscience, law and medicine to address complex challenges related to food, health, the environment and society.

Islam will take over the leadership of CITRIS Davis from Bahram Ravani, a professor in the Department of Mechanical and Aerospace Engineering, who has served as center director since January 1, 2016.

“Professor Islam’s robust background in academia, research and industry, combined with his passion for advancing new ideas and solutions through collaboration offers tremendous opportunity to extend the impact of CITRIS,” said Prasant Mohapatra, vice chancellor for research at UC Davis.

Islam arrives in his new role with considerable experience in technology translation, research and academic leadership, team building and collaborations with university, industry and national labs.

“I see CITRIS as an incredibly effective platform to promote closer interactions and dialog between technologists of different disciplines at UC Davis and societal stakeholders, policymakers, alumni community and our industry partners to find solutions to the pressing challenges of society,” said Islam.

Islam will draw on the wealth of people and resources available at UC Davis and CITRIS to expand collaborative networks that will facilitate faculty involvement, government and industry engagement. As a successful innovator with a vision to drive impactful change, Islam hopes to catalyze student-enabled innovation while enhancing entrepreneurship and maximizing economic and societal impact.

“I will coordinate with CITRIS leadership to reinvigorate our outreach to industry partners and the alumni community by organizing student design competitions, technology roadshows, and the hosting of recognized experts in different areas of technology at the UC Davis campus.”

Islam has authored and co-authored more than 250 scientific papers, organized 33 scientific conferences and symposiums as a chair/co-chair; and holds 42 U.S. and international patents as an inventor/co-inventor. His inventions led to the founding of two startup companies, and he received the Sacramento Region Innovation Award in 2018.

Islam has been serving as a Senior Editor of IEEE Access and as Associate Editors for IEEE Photonics Journal and IEEE Transactions on Nanotechnology. He is an elected fellow of the Institute of Electrical and Electronics Engineers, American Association for the Advancement of Science, Optical Society of America, International Society for Optics and Photonics, and the National Academy of Inventors.