During the past fiscal year, 15 emerging startups executed agreements to access patented technology developed at the University of California, Davis.

“Startups play an essential role in advancing and commercializing new technologies that are developed by researchers and innovators at UC Davis,” said Prasant Mohapatra, vice chancellor of research at UC Davis. “These partnerships lead to substantial contributions to society in the form of new products, services and economic growth.”

Storx Technologies is commercializing a noninvasive fetal pulse oximeter for use during deliveries. Founded by the inventors — Soheil Ghiasi, a professor of electrical and computer engineering, and Daniel Fong, who recently received his Ph.D. in electrical and computer engineering from UC Davis — the company’s innovation may lead to safer births and fewer cesarian sections.

Two of the medical technology companies that licensed technology this past year are developing vaccine innovations.

Tendel Therapies has licensed foundational technologies developed in the laboratories of Dennis Hartigan-O’Connor, associate professor in the Department of Medical Microbiology and Immunology, and Peter Barry, professor emeritus with the Center for Immunology and Infectious Diseases. The company is commercializing first-in-class, genetically adjuvanted vaccines engineered for durable B- and T-cell immune memory. Tendel has adapted their technology to fight the COVID-19 pandemic and is preparing for a Phase I safety trial of their vaccine candidate.

The Vaccine Group, a biotechnology firm in the United Kingdom, licensed foundational UC Davis intellectual property that provides a non-PCR (polymerase chain reaction) method to create a recombinant DNA fragment for insertion into a target sequence. The company is developing herpesvirus-based vaccine platforms to protect animals against infectious diseases, including zoonotic diseases that are transferred from animals to humans.

“The majority of startups accessing intellectual property from UC Davis this past year are focused on medical technologies and solutions, including several that are developing therapeutics and improved diagnostics for specific cancers,” said Bill Tucker, interim associate vice chancellor for Innovation and Technology Commercialization. “We also have startups advancing solutions related to novel food technology platforms and nutrition.”

In agricultural innovations, Spectral Analytix, launched by Christian Nansen, an associate professor in the UC Davis Department of Entomology and Nematology, applies machine vision and machine learning to the classification and sorting of insects and also seeds, creating fast and nondestructive methods to eliminate nonviable seeds.

Additional companies that acquired rights to foundational intellectual property from UC Davis during the 2019-20 fiscal year include:

During the past 10 years, a total of 115 startups have been formed with an emphasis on commercializing UC Davis technologies. Approximately 75 percent are still active.

Several of these UC Davis-associated startups experienced important milestones this past year as they transitioned from product development to commercialization.

Building a culture of entrepreneurship

Enabling startups through the licensing of intellectual property from UC Davis is just one of the ways that the university is building a culture of innovation and entrepreneurship, with the goal of translating research into societal and economic impact.

Venture Catalyst, within the Innovation and Technology Commercialization division, also offers grants to campus innovators to facilitate commercial proof-of-concept studies; support services; and connections to a network of resources to help them succeed. Over the past fiscal year, Venture Catalyst supported 33 new startups with direct ties to the university through foundational technology and/or faculty, students, staff and alumni. During the 2019-20 fiscal year alone, startups that Venture Catalyst has assisted through its programs raised approximately $60 million in funding.

InnovationAccess received 141 invention disclosures from campus innovators over the prior fiscal year. The majority of these relate to biomedical and human health, followed by inventions in engineering and physical sciences, agricultural and animal health applications. Over the same year, InnovationAccess filed 182 patent applications and received 89 domestic and foreign patents with UC Davis researchers named as inventors. InnovationAccess also executed 40 plant and utility licenses, 72 copyright licenses, 152 data transfer agreements and 937 material transfer agreements. Almost half of the MTAs executed were in support of medical research. 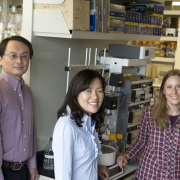 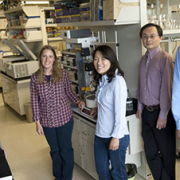 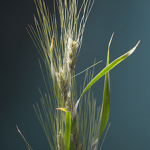 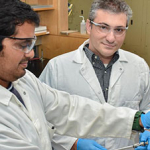